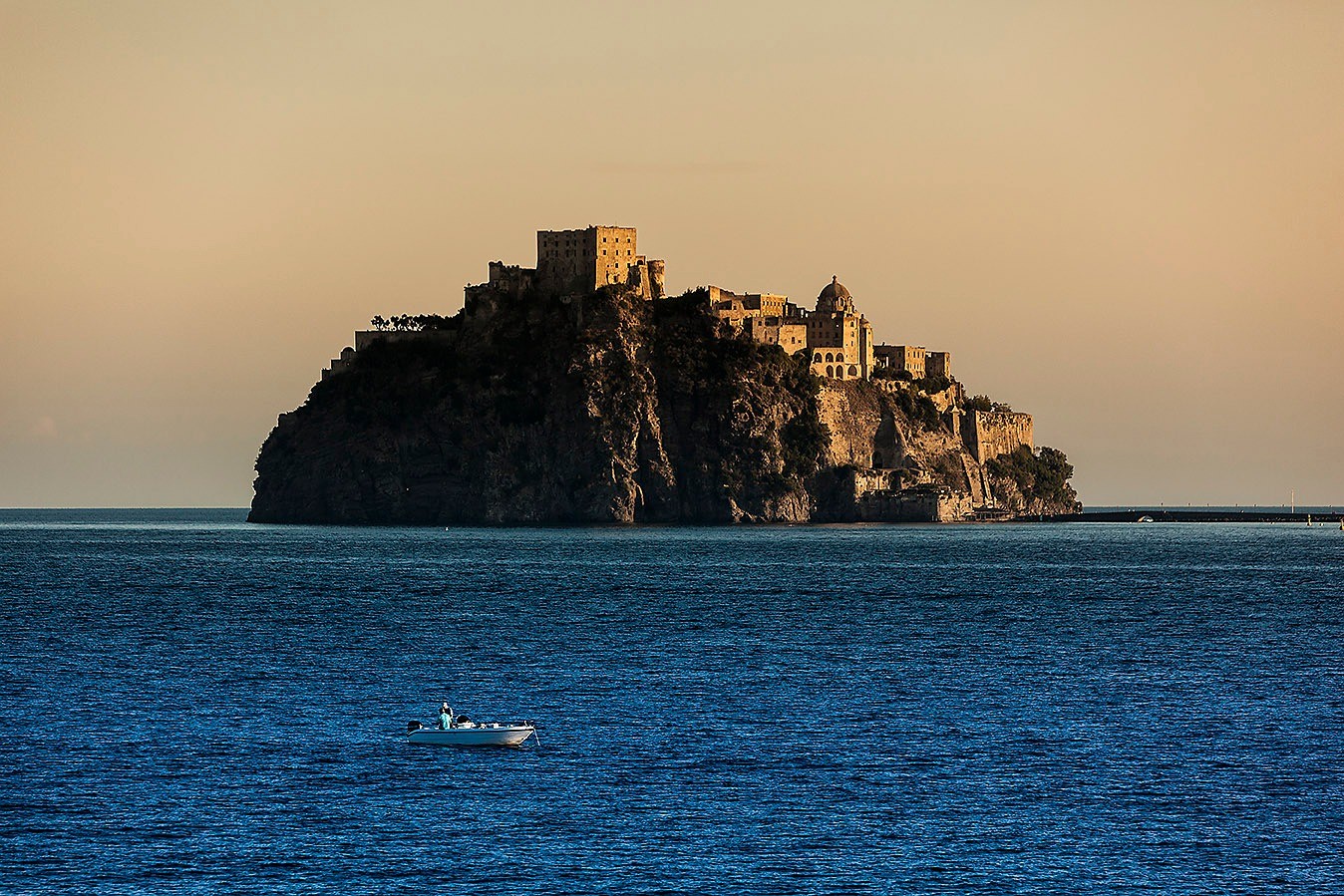 Perched on a small island and dating back to 474 B.C., over the centuries the Aragonese Castle has been a fortress and a refuge from which they could observe the enemies and protect themselves from invasion. Connected by a stone bridge to the ancient hamlet of Celsa, today known as Ischia Ponte, the islet on which the castle stands, comes from an eruption occurred 300,000 years ago and is a bubble of magma consolidated.

At the end of the sixteenth century, the castle was home to 1892 families, the convent of the Poor Clare’s, the Basilian monks of the abbey of Greece, the bishop and the chapter with the seminar, the prince with the garrison, and 13 churches, including the cathedral, where was celebrated the marriage of Fernando Francesco d’Avalos and the poetess Vittoria Colonna, December 27, 1509. The poetess remained there until 1536 and during that time she surrounded herself with artists and writers, including Michelangelo Buonarroti, Ludovico Ariosto, Jacopo Sannazaro and many others.

In the second half of the eighteenth century, the islet was abandoned because the islanders began to settle in the different towns of the island, increasing their agricultural and fishing activities.

In 1823, Ferdinand I, King of the Two Sicilies, reconverted the fortress as a prison for convicts and the castle became, in 1851, a prison for those conspiring against the King, but in 1860, after the invasion of Giuseppe Garibaldi, Ischia was annexed to the Kingdom of Italy and the political prison was suppressed.

Since 1912 the island has become private, but the castle is open to the public and is an attraction that has become famous all over the world.