Known as the green island since ancient times, perhaps due to the presence of green tuff but also because of the abundance of vegetation, Ischia is the largest island of the Phlegraean archipelago, in Campania, which includes Procida and Vivara. Impressive and located a short distance from the city of Naples, Ischia is a whole swarm of emotions and activities, a mix of ancient and modern, savage and intellectual, natural and eccentric. To have an idea of its size, just think that it counts almost 63k inhabitants, thus being the third-largest Italian island after Sicily and Sardinia, out of a total of about 47 sq. km.

Of volcanic origin, like all the Phlegraean area surrounding it, the island of Ischia is nothing but a collapsed submarine volcano, the peak of which today is the striking Mount Epomeo. This particular feature has meant that Ischia has always been an island where the thermal waters have always abounded since the time of the first settlers in VIII century. At first during Greek period, then during the Roman era, and later during the Renaissance period, the beneficial properties of Ischia’s thermal waters were considered miraculous for human well-being, and in 1600 many spas started popping up near the natural hot springs.

The island of Ischia has always hosted celebrities, like Giuseppe Garibaldi, Camillo Benso Count of Cavour, Arturo Toscanini, Luchino Visconti, Ingrid Bergman or Angelo Rizzoli, who gave way to tourism to the “green island”. Even today, Ischia is a popular destination for visitors from around the world, politicians and intellectuals, VIPs and celebrities from the international jet set each year flock to the streets of the small and charming villages of the island, continuing to appreciate the beauties of the island. 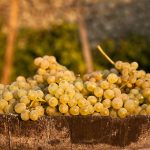 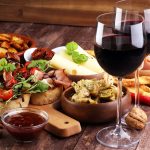 Specializing in Mediterranean cuisine, with traditions which are completely independent from those of the city of Naples, the island of… 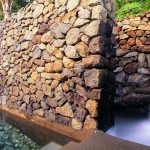 Famous since ever for its spontaneous thermal springs, today Ischia is one of the largest spas in Europe. The island… 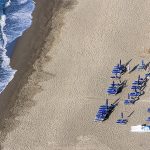 Ischia worth a visit all year round but gives its best during the warmest months, when you can fully enjoy…